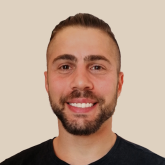 OEM is also associated with the software industry. When PC-manufacturing companies such as Dell and HP build a PC, they provide the operating system to the end-user. This OS is not developed by the hardware company but is actually a product of another company, Microsoft. In this case, Microsoft is called the OEM, while the PC is sold as a Dell or HP.

How is an Original Equipment Manufacturer product built, partnered, and resold?

Before delivering a solution to end-users, companies figure out the best way to serve customers’ needs. They evaluate several options such as whether to buy, manufacture, build, or partner with someone to design the solution. By partnering with OEMs, an organization can minimize the investment in manufacturing and reduce production and material costs while gaining expertise in product design as well as a shorter product life cycle. While concentrating on their core competency, organizations can still build products using best-of-breed components.

OEMs do nothing extra to the product, and some only brand a product with their logo. Other OEMs only supply components and do not sell anything under their brand. However, many companies do both. You can purchase these products from the company directly as well.

OEM hardware, on the other hand, is the term for parts that make up the products mentioned above. This includes processors, fans, motherboards, memory chips, hard drives, and much more. Companies who build these components usually sell them as OEM hardware to the OEMs.

Although processors, motherboards, and so on can also be sold to individuals as retail products, OEM hardware is generally cheaper than their retail counterparts. But there are some tradeoffs. OEM hardware rarely comes with customer support, has very short (if any) warranty periods, and usually lacks some parts needed to combine it with other components of whatever system you’re building. For example, DVD drives might lack cables or ribbons for connecting to the motherboard.

This is because OEM hardware is primarily designed for OEMs and those manufacturers are expected to add things like warranties, tech support, and other components when they build complete systems and sell them to end-users.

Differences Between OEM and ODM

ODM is the acronym for ‘Original Design Manufacturer’. While ODMs do manufacture equipment, they rely on product specifications or designs coming from another company.

The same principle applies to software. For example, original equipment manufacturers like HP, Dell, and Samsung purchase Windows as OEM software from Microsoft and then package it together with the PC or laptop they manufacture.

Companies that build other devices like printers, scanners, and digital cameras buy OEM software too. When you buy these devices, you’ll notice that they’re usually bundled with an accompanying application. That’s the OEM software.

Just like OEM hardware, some OEM software can be purchased as a standalone product—and as with OEM hardware, they’re usually much less expensive. But the downsides are also there. Often there’s no tech support or user manual. When you buy these OEM products, know that it’s going to be challenging once you encounter technical issues. Of course, if you really know what you’re doing, then that shouldn’t be a problem.

Why are these products cheaper?

Products from an OEM are normally cheaper thanks to economies of scale. As the company partners with others to manufacture goods in large numbers, both the price and production time are significantly reduced. However, you need to verify what you’re getting when you purchase a product from an OEM. While the products are cheaper and deliver the same features and performance, you may not receive some of the “extras” like tech support, which would normally be handled by a PC company.

How does OEM and Aftermarket differ?

Original Equipment Manufacturer (OEM) is a company whose equipment, goods or products are used in the products of other companies who sell the finished products to users. In the computer industry, OEM can be defined as a company that buys computing products, incorporates them to their products or rebrands them into a new product for sale.

Aftermarket on the other hand is an equipment, good, or product made by another company that consumers can use as a replacement. It can hence be said that OEM and Aftermarket are the opposite of each other.

Is Parallels RAS an OEM product?

Parallels® Remote Application Server (RAS) is an OEM product created and distributed by the same company. It is a cost-effective, all-in-one application delivery and virtual desktop infrastructure (VDI) solution. It allows employees to access and use applications, desktops, and data from any device. Easy to deploy, configure, and maintain, Parallels RAS provides organizations with seamless application delivery and VDI experience while reducing total cost of ownership (TCO) and improving security. Using SPLA licensing, Parallels RAS provides a pay-as-you-go experience by making use of concurrent connections to provide a total bill.

What Are OEM Products & Why Are They Cheaper? [MakeUseOf Explains] | http://www.makeuseof.com/tag/oem-products-cheaper-makeuseof-explains/

Partnerships Are a Key Ingredient in the iPhone’s success. What About for Your Medical Device? | http://www.mddionline.com/article/oem-partnerships-key-ingredient-iphone-success-what-about-your-medical-device